There’s a few starting pitchers across Major League Baseball that are appointment television.

Some earn that notion by making the best hitters in the world look like little leaguers (i.e. Chris Sale)

And some earn that notion by being complete fucking psychopaths on the mound (i.e. John Lackey)

Then there’s Max Scherzer. Who gives us just an absolutely amazing combination of both. Tuesday night was no different, as he was sitting Dodger hitters down left and right. Scherzer used his downright unfair combination of movement and command to get both swing-and-misses

His effort was good for his 55th career double digit strikeout game. Which is the most among active pitchers. Not too shabby.

Ok so we’ve all seen pitchers go out and dominate, but as he was running on fumes late in the 7th inning, Mad Max came out to play as only Mad Max can

“Get in the fucking box so I can fucking pitch motherfucker”. That’s the best I can do as far as making out what he said. But who the hell knows. When he gets in the zone, Scherzer develops this pure unbridled HATRED for hitters and I fucking love it. I hate to award my favorite baseball moment of the year in June but let’s face it, it’s going to be impossible to top this. Long live Mad Max.
Follow @OldComiskey 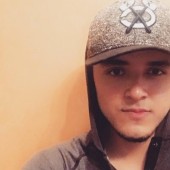