Before we get into the 11th pick, here are a few brief nuggets:

Unless Hunter Greene commands obscene over-slot money and slides, he, Brendan McKay, MacKenzie Gore, and Kyle Wright will be off the board well before 11 and will probably make up the top 4 in one order or another
Royce Lewis, Alex Faedo, Pavin Smith, Adam Hasely, JB Bukauskas, Jo Adell, Austin Beck and Evan White (among others) all figure to be in the next wave of players selected. One of them will be available at 11
White Sox Director of Amateur Scouting, Nick Hostetler, has claimed over and over they will take the best player available, regardless of position
The White Sox are rumored to want to draft who the deem the best bat available
If available, recent draft trends would make Pavin Smith and Evan White are plausible selections at 11, as theyfit the “polished college bat” mold, a la Zack Collins, Alex Call, Jameson Fisher, etc.
Jeren Kendall offers the loudest tools, but with a spiked 2017 K-rate – he may have the lowest floor – but his combo of speed, pull power, defense, and what could be an excellent ability to hit may be enough for the White Sox to pull the trigger on him at 11th overall
I have a lot of personal gripes about Kendall, as well as this entire draft class really, but Kendall probably represents the best combo of a high ceiling, decently high floor player that would be worth the risk at 11. He has much louder tools than White, Smith or Hasely, and was polished by the best collegiate conference in America, the SEC. At worst, he’s a 4th OF that can kinda hit but can come in and play grade A defense, swipe a bag, or lay down a sac bunt (please kill sac bunts).

Moving forward on this awesome, stunningly attractive new website, I’ll do a lot of in depth mechanical breakdowns of players, but here’s why I don’t like Kendall’s swing without falling into a rabbit hole:

he rolls his top hand over while the barrel is traveling through the zone
he gets poor extension while making contact
his swing has a tendency to be long through the zone because he bars his front arm and casts his hands sometimes
all of his power is “pull” power – meaning the vast majority of his home runs will be hit to RF
These are all mechanical issues I see when watching Kendall; but that doesn’t mean they can’t be fixed. I wouldn’t say his swing needs a complete and total overhaul, as I do like his feet, set up, and core. But making adjustments at the pro level is no easy task. It’ll take a lot of work. His goal should be, once drafted, to develop muscle memory and repeatability in his hands with proper mechanics similar to a pitcher developing a repeatable motion.

HOWEVA, should he make these adjustments, he very well could be an awesome, awesome top of the order hitter. He checks every other box. 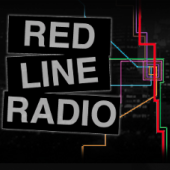